To request information from University of Ilorin ,
please fill out the following information: 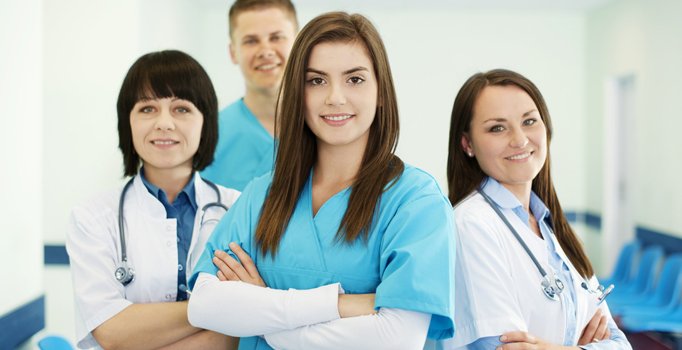 The University of Ilorin is located in the ancient city of Ilorin, about 500 kilometres from Abuja, the Federal capital. Ilorin, the Capital of Kwara State, is strategically located at the geographical and cultural confluence of the North and South.

University GateUniversity of Ilorin was one of the seven institutions of higher learning established by a decree of the Federal Military Government in August, 1975. This step, taken to implement one of the educational directives of the country Third National Development Plan, was aimed at providing more opportunities for Nigerians aspiring to acquire university education and to generate high level man-power, so vital for the rapidly expanding economy.

The University of Ilorin Auditoriumhe then new Principal, Professor O.O. Akinkugbe, made several visits to the second Military Governor of Kwara State, the late Colonel Ibrahim Taiwo in connection with the new institution, such that by March 1976, he had established residence at Ilorin. The support given to the fledgling Institution by Governor Taiwo continued even more vigorously under the third Military Governor of the State, Brigadier George A. Innih, who ceded a portion of the temporary site of the Kwara State College of Technology to the University. The site, up till now, serves as the mini campus of the University.

Academic/Physical Development
Following an entrance examination, 200 foundation students were admitted into residence on Saturday, October 23rd, 1976, and academic activities commenced on Monday, October 25th , 1976, after the Principal maiden address at about 10.00am in the Africa Hall. The University College had three foundation Faculties namely: Arts, Science and Education. The Institution began to develop its programmes in a way that not lees than 60% of its effort was directed towards science-oriented programmes.

In October 1977, the Institution attained full autonomous status and has since then developed by leaps and bounds. The student population of 200 in 1976 has increased to 20,084 by the 2005/2006 session, while the total staff strength of the University stood at approximately 3,040 as at March 1, 2007. Up till January 1982, the University carried out its academic programmes, involving the Faculties of Arts, Science, Education, Engineering &amp; Technology, Business and Social Sciences, and the Pre-Clinical aspect of the Health Sciences on the Mini-Campus.

The completion of the Faculty blocks for Natural Sciences and Engineering as well as 8 blocks of student hotels by December 1981, made it possible, on the 2nd of January 1982, for the actual movement of over 1,000 science-oriented students to the Main-Campus to pursue their various academic programmes.

The law degree programme was initially established in 1983/84 session as a department in the Faculty of Business and Social Sciences. Though cancelled in 1986/87, it was resuscitated in 1993/94 as a full fledged Faculty.

The Mini-Campus presently houses the College of Health Sciences, a mini Library, Canteens and Shopping Complex, the Institute of Education, some of the Revenue-yielding projects which are under the URDMB such as the Unilorin Computer Centre (Training Wing), Unilorin Bookshop, the Bakery, the Printing Press, and the Guest Houses. Each Campus has a Health Centre, a Post Office and Banking facilities.

Aside from two lecture theatres commissioned in 1997, there is an upsurge, from 2002 to date, in the physical development of the Main Campus. Five new Hostels were completed in 2002. Other projects were the Faculty of Education blocks and Lecture theatre; Lecture rooms, Offices and Lecture Theatre for the Faculty of Business and Social Sciences; Faculty of Science Chemistry block; Department of Agricultural Engineering block; offices for the Department of Human Kinetics and Health Education; COMSIT building (Phase I) among others.

A water Dam and Treatment Plant to provide uninterrupted water supply to the main campus has just been completed. The University will soon construct a rail-line to boost transportation between the University Main Campus and the township.

Apart from the renovation of buildings, a systematic upgrading of teaching and research facilities is being undertaken by the University within its lean resources. This includes provision of computers, laboratory equipment, etc.

Altogether, there are 60 academic departments in the existing ten faculties. Undergraduate degree programmes run for 3,4,5, or 6 years, depending on entry qualifications and discipline. The University started with the traditional British Three Term System but later changed into a modified form of the American Two Semester System called Harmattan and Rain semesters with effect from 1979/80 session.

Each semester comprises one half of an academic year as determined by Senate. Also instruction in the various Faculties with the exception of the Health Sciences is by the course system. These courses are quantified into credits. The University has teaching support units which include the Computer Centre, Central Workshop and Stores, Biological Garden, Community Based Experience and Services (COBES), Medical Educational Resources Unit, General Studies (Use of English/National Awareness) Division, and Teaching &amp; Research Farm.

There are also the Public Units which are the University School, the University Secondary School, Institute of Education and Educational Technology Centre. Although an academic unit, the Library is actively involved in rendering service to the University and the public. In addition, there is a Sugar Research Institute which is mainly a research unit served by academic mainly from Science and Agriculture Faculties.

The Medical School started as the Faculty of Health Sciences of the University of Ilorin in 1977 with the appointment of Professor E.H.O. Parry as the foundation Dean under the Vice-Chancellorship of Professor O.O. Akinkugbe, himself a distinguished scholar and an eminent Physician. The Faculty was, however, upgraded into a College of Medicine on 1st April, 2004. Certain fundamental issues were taken into careful consideration in the exercise and a number of guidelines thought to be of great significance and relevance were adopted in preparing the Ilorin Curriculum. They are enumerated as follows: