MBBS in Philippines – A catastrophic experience and facts…. 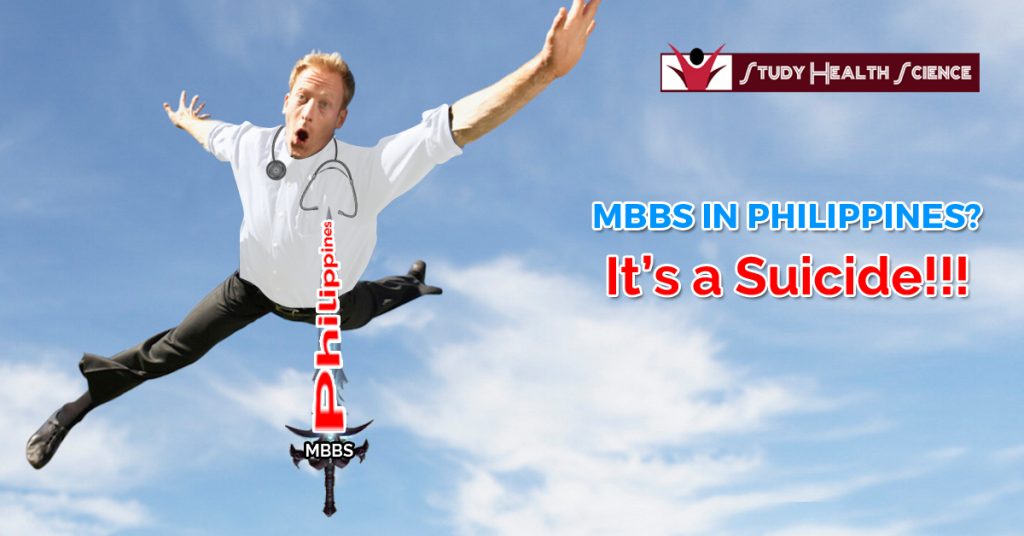 The Philippines Medical schools are graduate schools offering the Doctor of Medicine (M.D.) degree and The M.D. is a four-year degree program which qualifies the degree holder to take the licensure exam in the Philippines.

The National Medical Admission Test (NMAT) is a nationwide examination required to get admission in any medical school in the Philippines. It is comparatively similar to the MCAT, which is held in the United States.

MBBS (Actually MD) in Philippines is at your own risk:

We advise students not to choose Philippines just because of English language benefit!

Situated astride the typhoon belt, most of the islands experience annual torrential rains and thunderstorms

Poor safety due to very high crime rate. Snatchers and Burglars are always behind you even in the National Capital Region.

Notification by Philippines Embassy in India 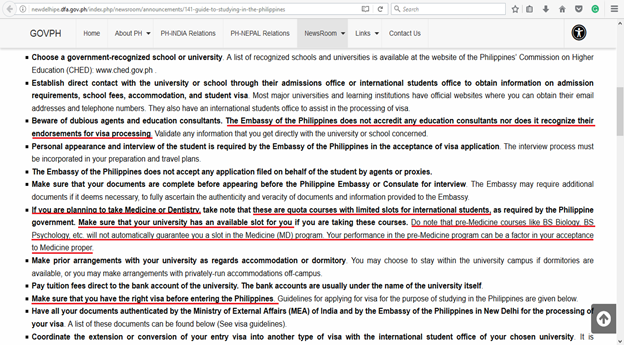 Notification by Indian Embassy in Philippines 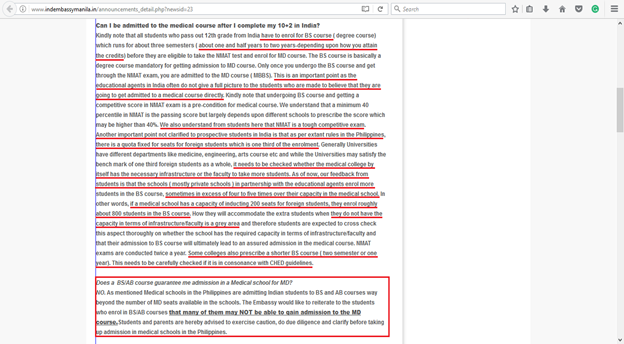 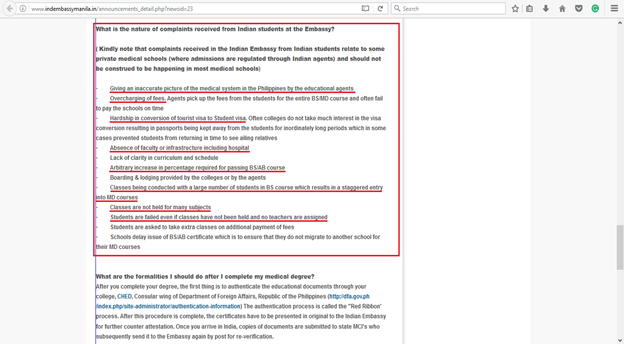